These apartments with separate entrances are on the first floor. One apartment area is 45 sq.m. Next to the entrancy there is outdoor furniture. The apartments are ventilated by a central ventilation system. In the apartments there are mosquito nets. There can rest up to 3-4 persons. There is a hanging cradle for newborns. 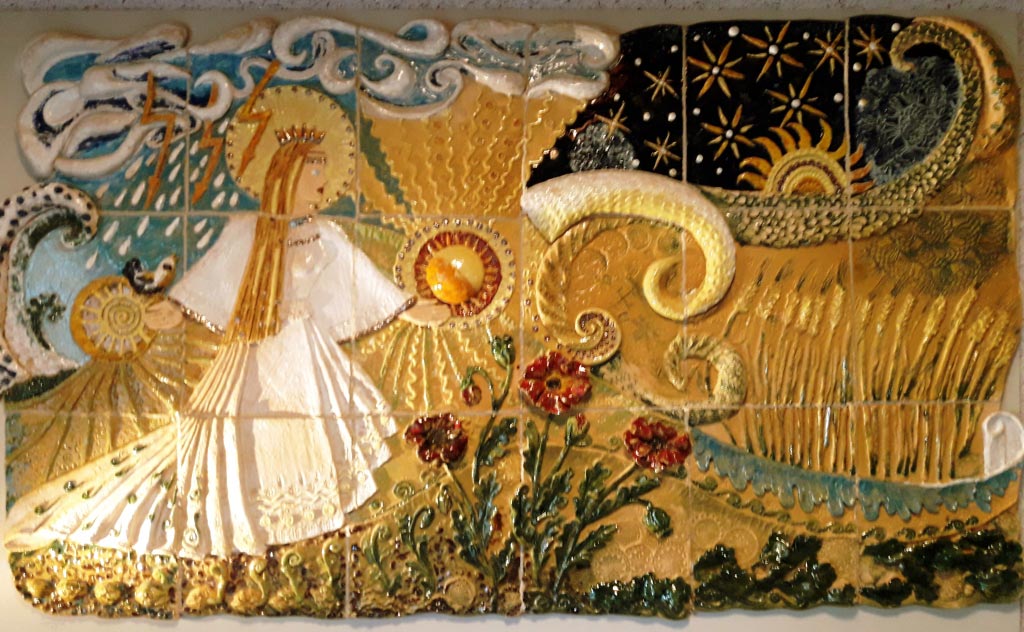 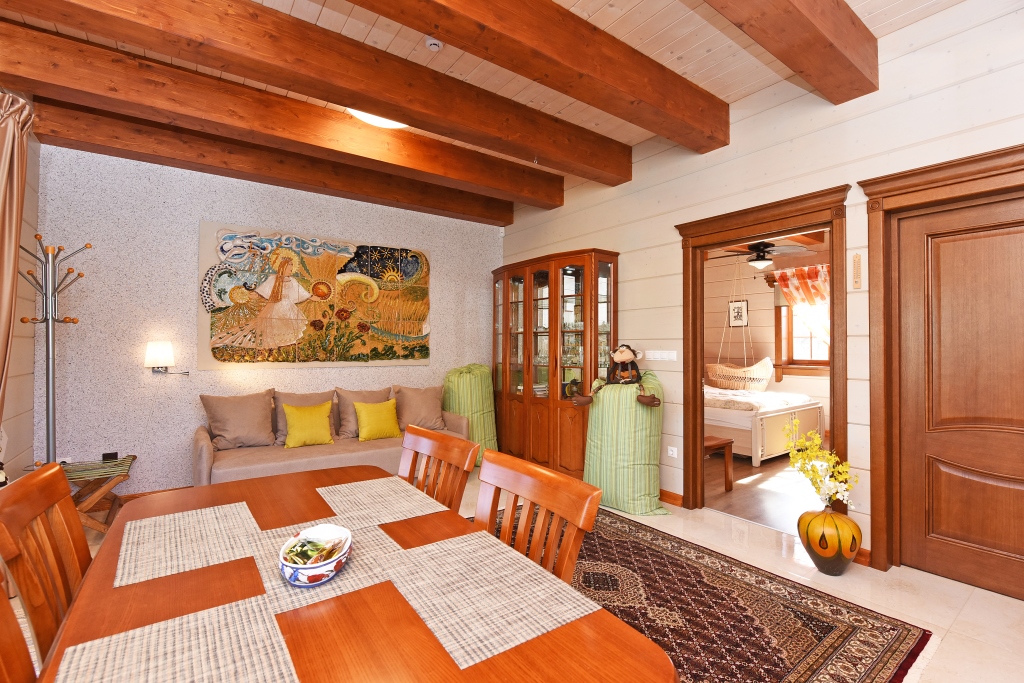 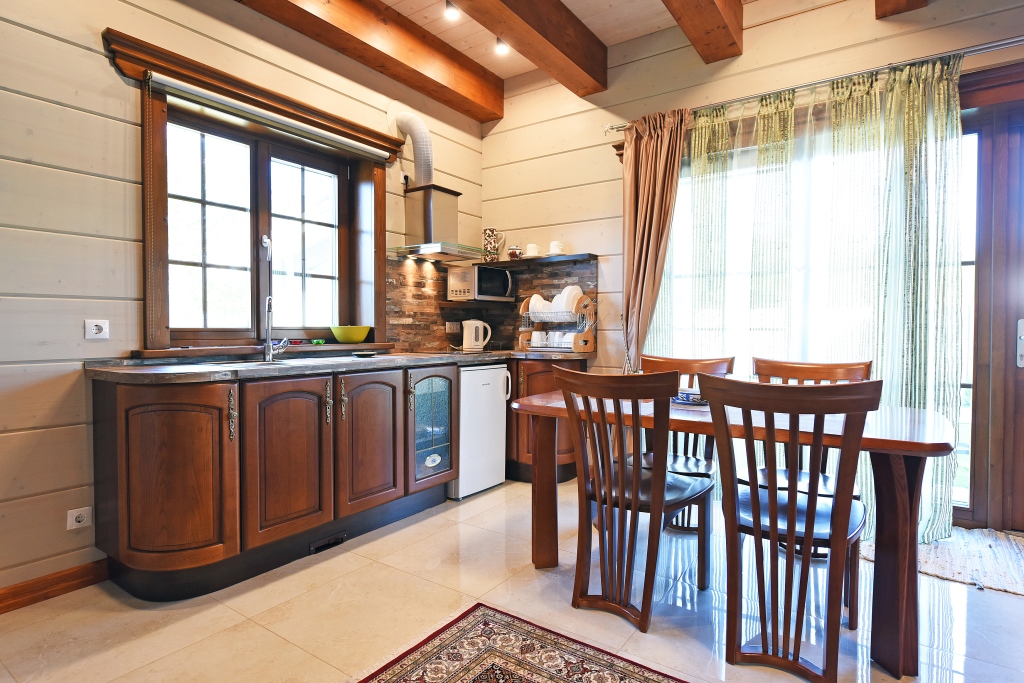 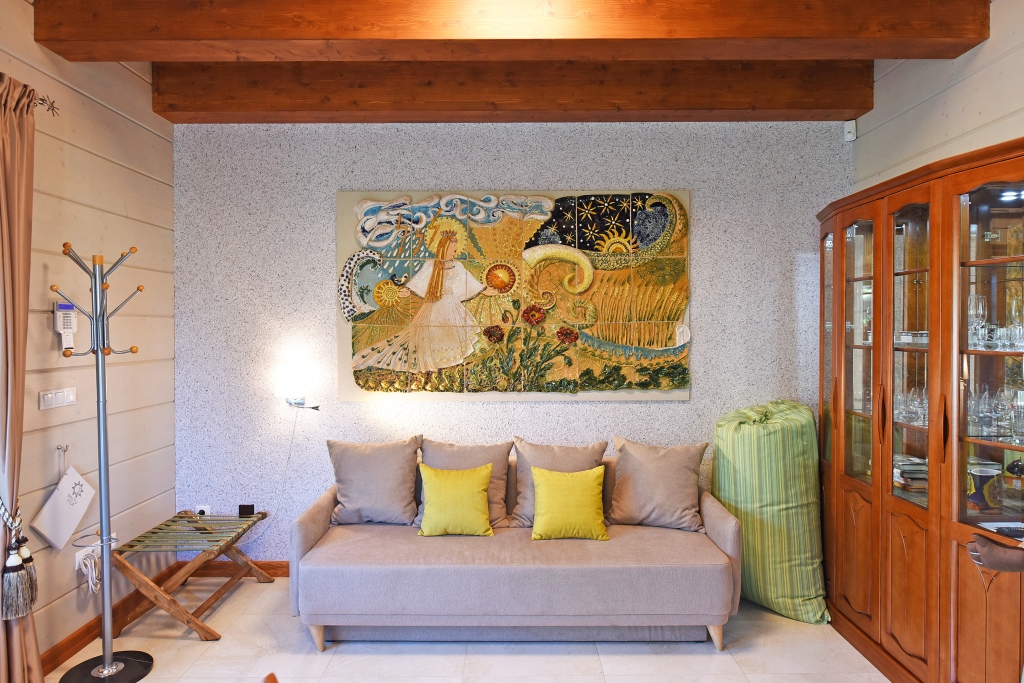 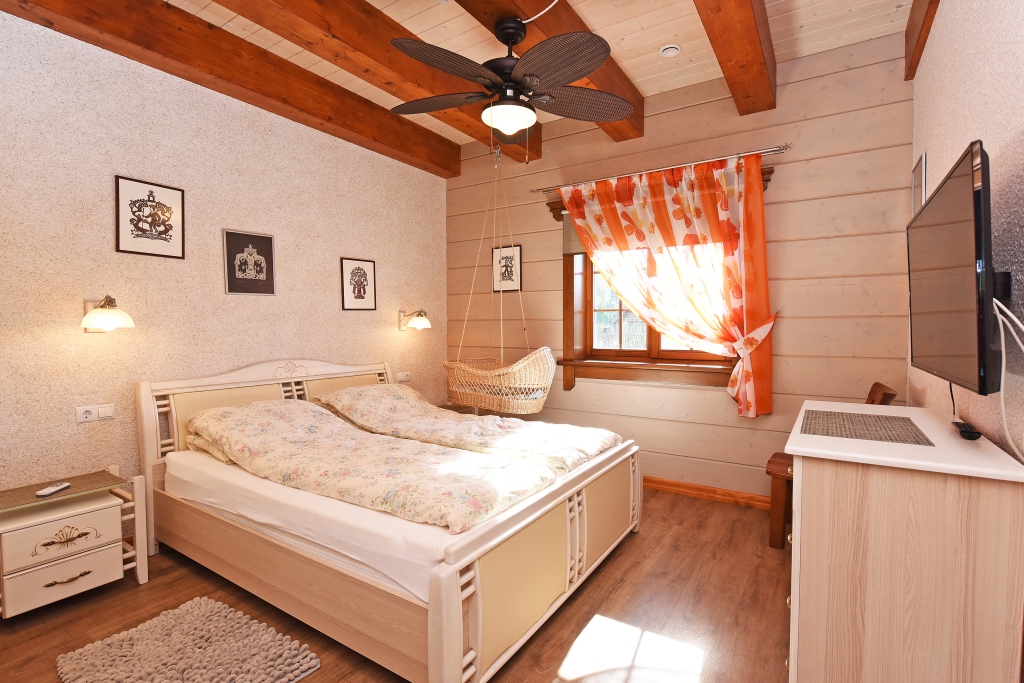 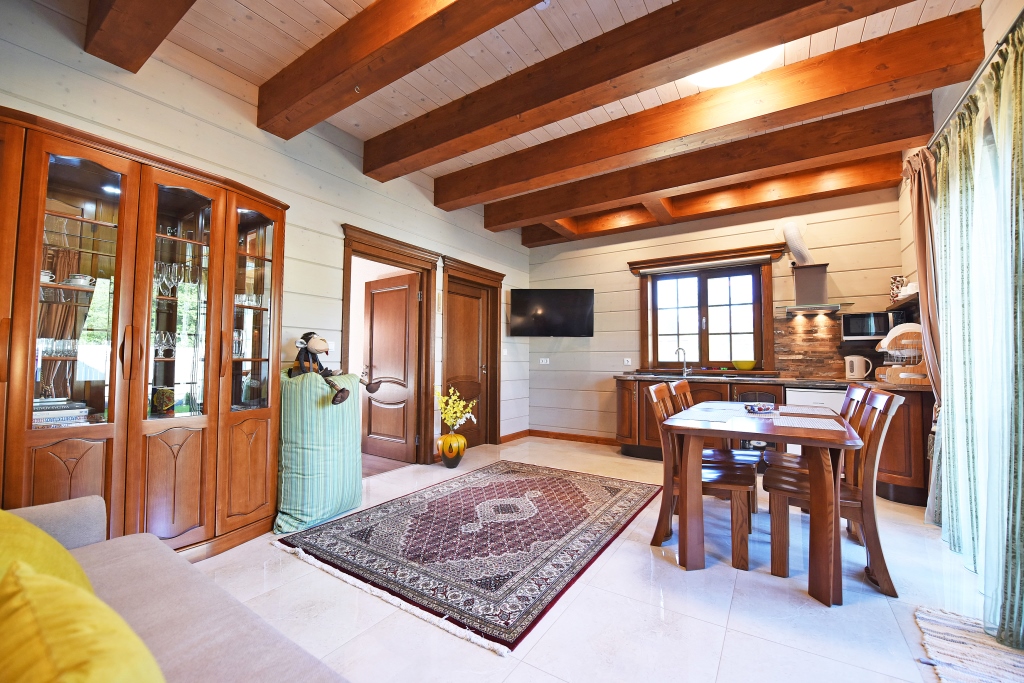 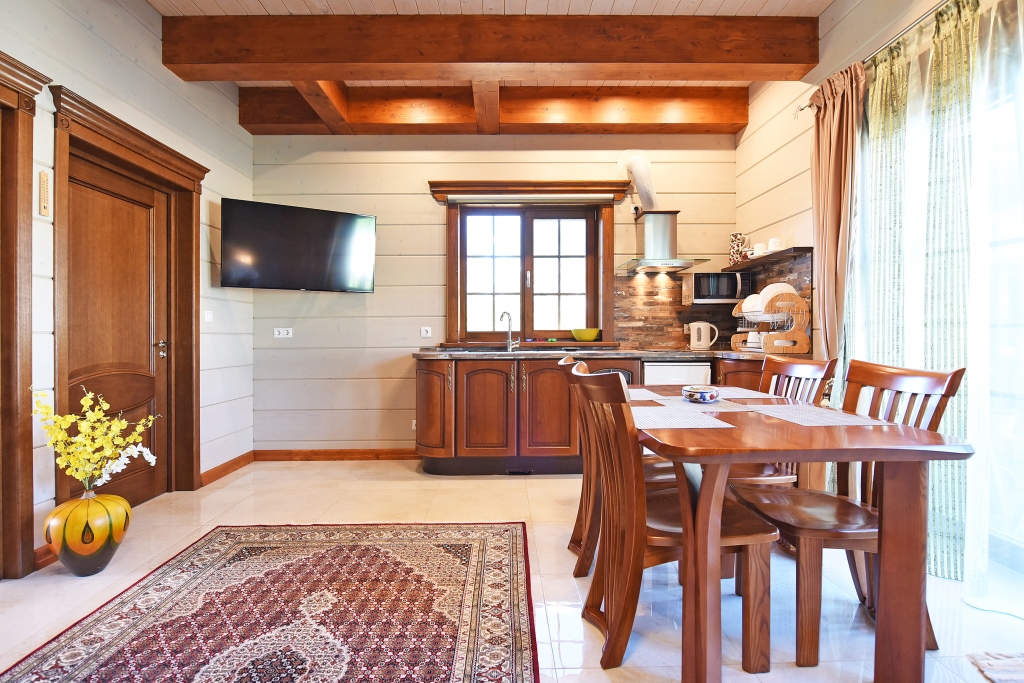 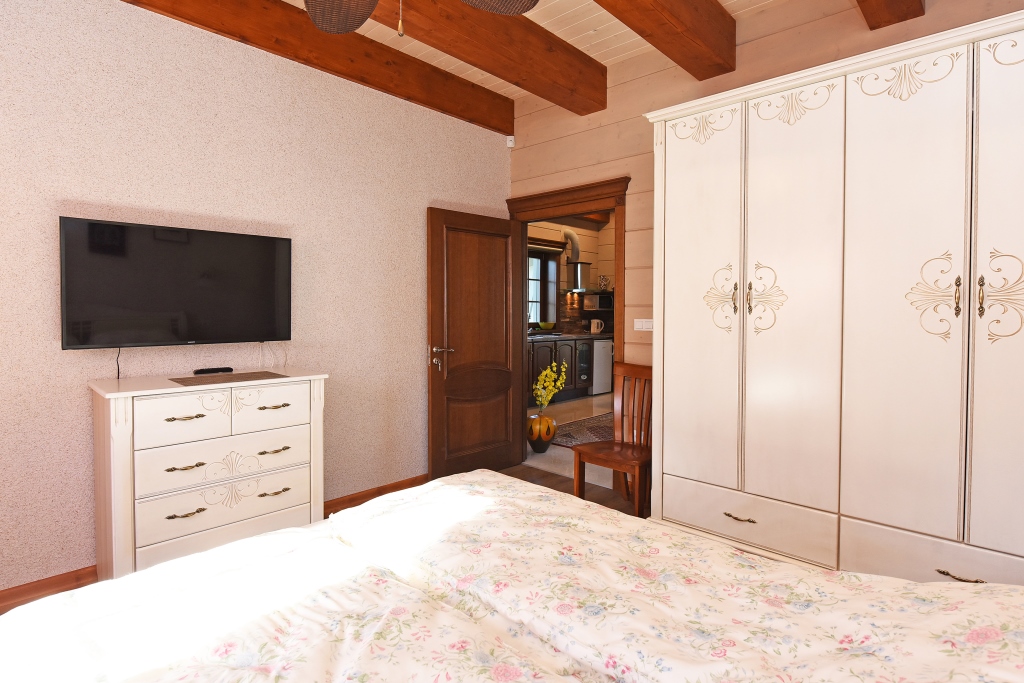 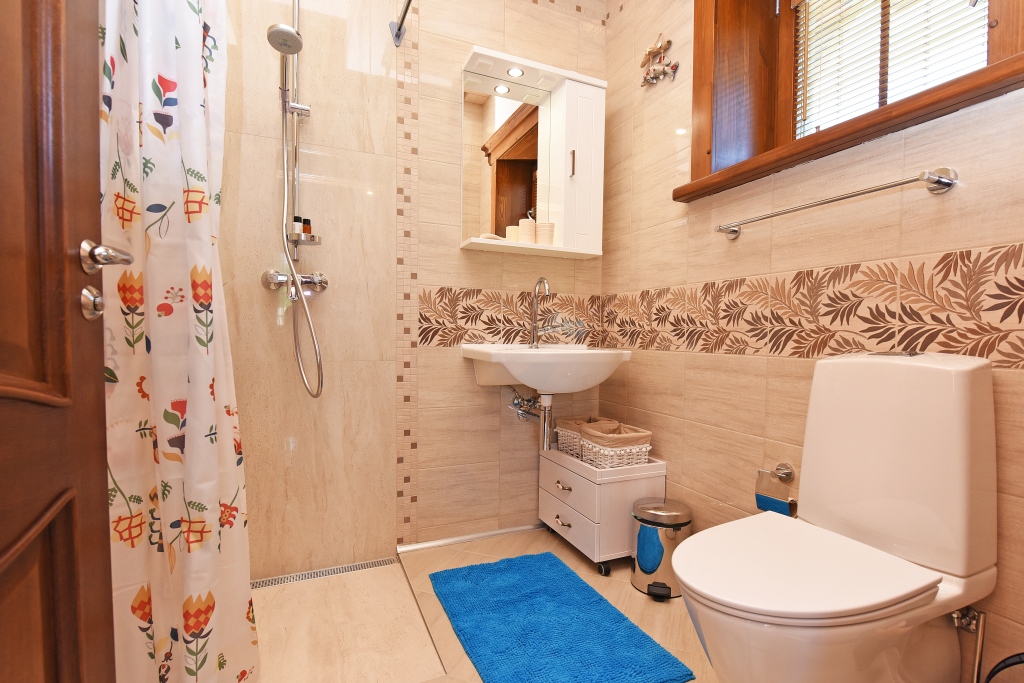 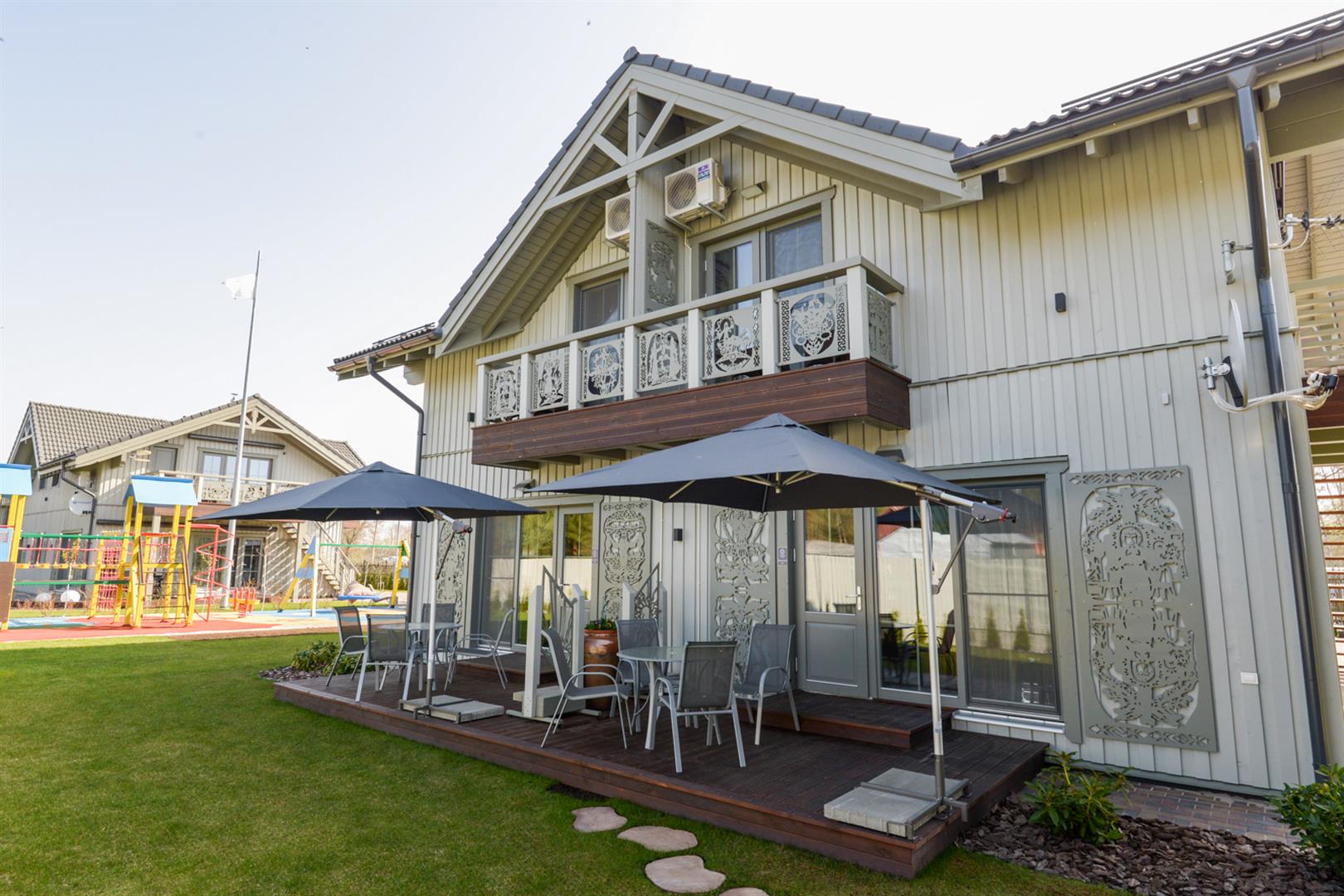 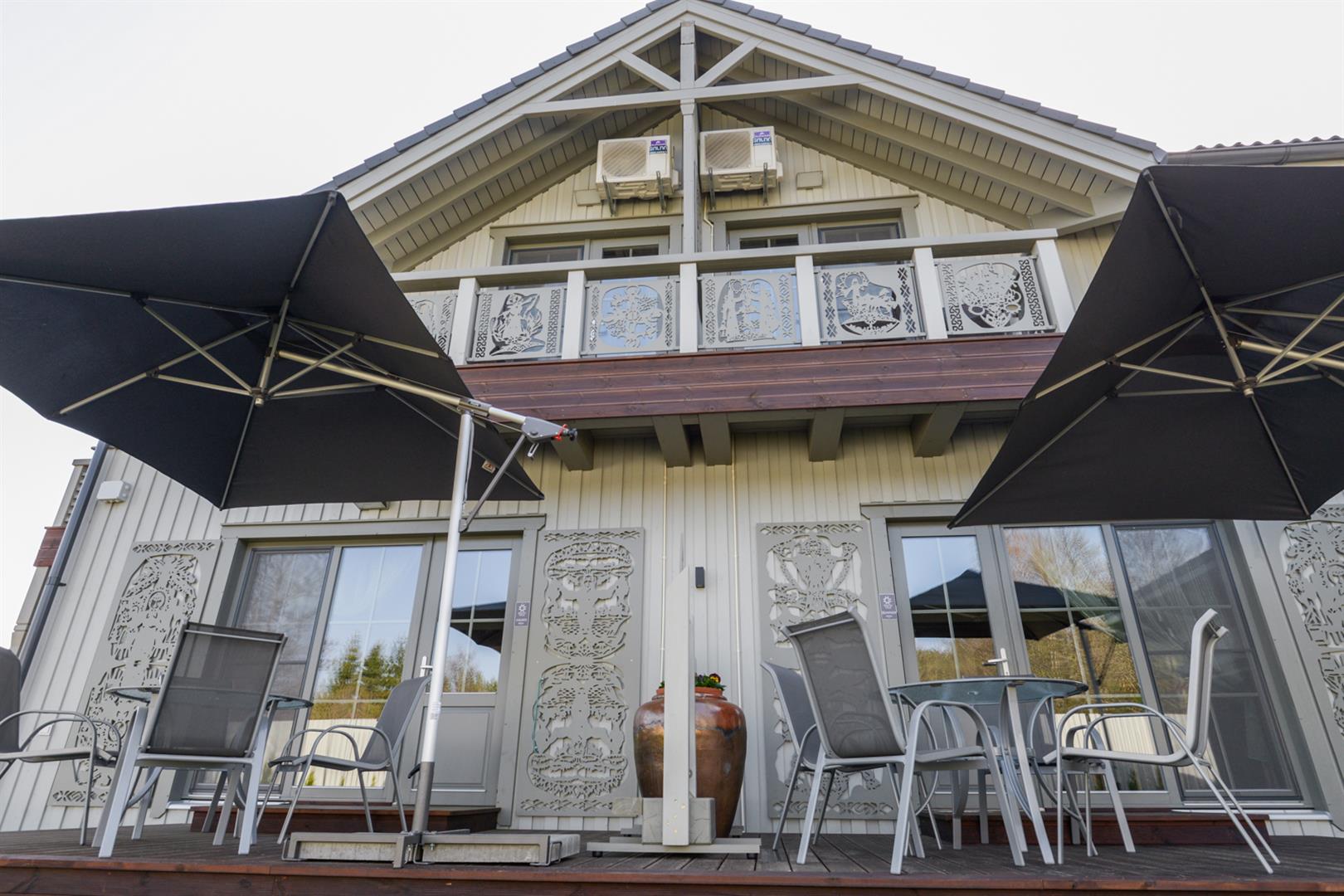 ŽEMYNA (Earth, Žemelė) is Goddess, who gives fruit and all that is alive, the goddess who gives fertility to the earth.

Žemnėlė cared for fields, harvest, whole herbs, cereals, livestock, farmsteads, homes, their inhabitants.
The Goddess of the Earth Mother - Žemyna, was known to all peoples of agriculturalists.
Žemyna’s insemination was linked by our ancestors to the rain – the water poured by God Perkūnas with the first spring thunder. At that time, Perkūnas’s axe, which was considered to have a special fertility power, was thrown out. And Žemyna was getting pregnant. Žemyna’s fertility was associated with the Sun and the Moon. Žemyna can give birth only by interacting with the sky, i.e. being warmed up by the sun, illuminated by the moon, while the ran or rays were falling.
Žemyna is the Goddess, who managers crops and deals with farmers. The farmer, who was lazy to work, poorly scarified soil, was considered being guilty in the eyes of Žemyna. The goddess did not bless such farmer, did not visit his farm and fields, did not grow his grain, did not help him, and sent one disaster after another.
In various cases, people kissed the ground, the feeder and creator with great respect. The most often they kissed the ground, when going to bed, getting up or starting various works. Kissing the ground people were saying such prays: "I came from the Earth and I will go to the Earth".
In ancient times, our ancestors sacrificed sacrifices to the Earth. Most often they did this before starting and completing various agricultural works, starting and finishing the construction of houses, creating settlements, etc. Before the first ploughing, people poured some ritual beer to Žemyna using a sacrificial bowl and only then they drank the beer themselves. Such pouring of beer on the ground meant a sacrifice for the Goddess Žemyna, remembering the habit of watering of the soil. Sacrifices were sacrificed to Žemyna on the occasions of a birth, during weddings and funerals.